February 23, 2022—New Profit announced today that Shawn Dove has joined as a Managing Partner. In this role, he will be a leadership team member and advisor to social entrepreneurs across New Profit’s portfolio of grantee-partners. Building on his deep experience in community organizing and building, Shawn will also co-curate New Profit’s efforts to bring together a multiracial, multicultural, multigenerational coalition pursuing a new era of justice, opportunity, trust, and collaboration in America.

“Shawn is a beloved and powerful leader, storyteller, and bridge builder and we are honored to join forces with him at this urgent moment in America,” said New Profit Co-CEOs Vanessa Kirsch and Tulaine Montgomery. “He has devoted his life to helping Americans see more clearly that the most powerful force for change in this country lies in the massive, underinvested genius of people from historically underestimated and less-protected communities.”

Shawn joins New Profit as the venture philanthropy organization is accelerating critical work internally and across its partner network that focuses on addressing the systemic injustices that have been laid bare by the pandemic and the movements that arose following the 2020 murders of Breonna Taylor, Ahmaud Arbery, and George Floyd.

As a priority in this work and based on original research released in 2020, New Profit has committed to focusing investment and support on Black, Indigenous, and Latine/x social entrepreneurs and other leaders who have deep lived experience and expertise with inequitable, interconnected systems like education, economic mobility, democracy, and criminal justice. These leaders often create powerful ideas for transforming these systems that remain underinvested in philanthropy and elsewhere. Today, more than 80% of New Profit’s grantee-partners are led by leaders of color, and this year alone, New Profit will begin funding and providing support to more than 60 new grantee-partners across its Build and Catalyze portfolios. This represents the largest expansion of investments in a single year in New Profit’s history.

“I am thrilled to join the talented New Profit team, because we have an essential role to play supporting social entrepreneurs who are catalysts for healing, renewal, and equity in communities everywhere,” said Dove. “My personal ethos is that there is no cavalry coming to save the day in Black and Brown communities; we are the iconic leaders we have been waiting for, which is aligned with New Profit’s philanthropic commitment to build coalitions to support breakthrough social entrepreneurs.”

For more than a decade, Shawn led the Campaign for Black Male Achievement, an initiative he helped launch at the Open Society Foundations that has become the largest national movement to improve the life outcomes of Black men and boys. The Campaign built a network of more than 3,000 organizations from across sectors as partners, reaching millions with storytelling and research, and leveraging over $320 million in national and local funds to advance the Black male achievement movement. Shawn also served as a key advisor and organizer for the launch of President Barack Obama’s My Brother’s Keeper initiative, and created the nation’s first Black Male Achievement fellowship for social entrepreneurs in collaboration with Echoing Green. 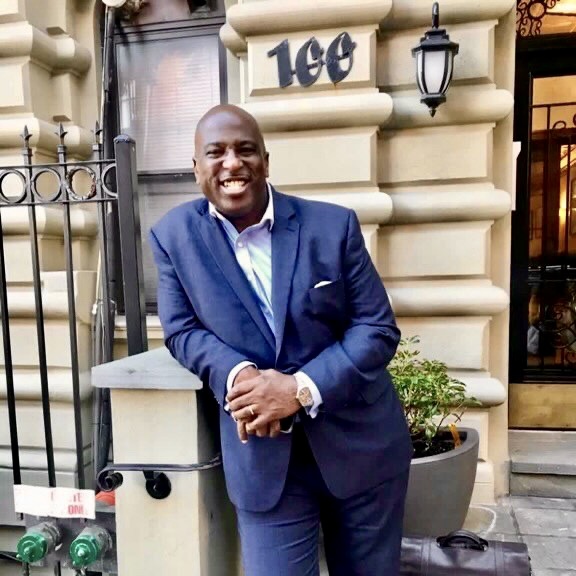 Earlier in his career, Shawn worked at the Harlem Children’s Zone, where he was the founding editor-in-chief of Harlem Overheard, an award-winning youth-produced newspaper; spearheaded the recruitment and training of a team of adolescents who launched the Harlem Children’s Zone Fitness & Nutrition Center; and was Program Director of one of New York City’s first Beacon Schools, the Countee Cullen Community Center in Central Harlem. Dove also served as Director of Youth Ministries for First Baptist Church of Lincoln Gardens in Somerset, NJ; as Vice President for MENTOR/National Mentoring Partnership; and as Creative Communities Director for the National Guild of Community Schools of the Arts. Dove holds an undergraduate degree in English from Wesleyan University. He is a graduate of Columbia University Business School’s Institute for Not-for-Profit Management and a 2014 recipient of the Prime Movers Fellowship for Social Impact.

Shawn’s work and leadership have been featured in outlets including Forbes, The Undefeated, The Chronicle of Philanthropy, Philanthropy News Digest, Mic.com, Black Enterprise, Ebony, The Root, and more. Shawn is also the co-author, with Pulitzer-prize winning journalist Nick Chiles, of the newly-released book, I Too Am America: On Loving and Leading Black Men & Boys.

New Profit was founded in 1998 as one of the first venture philanthropy organizations and has invested over $325 million in 165 social entrepreneur-led organizations, as well as unlocked over $1.7B in government funding for social innovation through the America Forward Coalition’s collective advocacy efforts. Learn more at www.newprofit.org or check out New Profit’s most recent Annual Report.